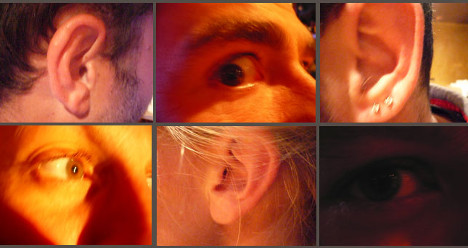 The aggressor told the officers he’d thrown the victim's ear in the bin after biting it off. Photo: ekien/Flickr

The incident took place in the early hours of Tuesday morning when the aggressor’s housemate and her lover returned to the shared flat in Gijón, Asturias.

The victim had allegedly been drinking heavily and making so much noise that the attacker had not been able to sleep a wink, online daily La Nueva España reported.

When both men bumped into each other in the corridor at 7am, the grumpy housemate took his frustration out on the other man by punching him twice and then chomping on his ear.

The earless victim took himself off to the doctor and Gijón’s National Police were soon informed about the attack.

When police officers went to the flat to ask what had happened, they found the victim’s lover cleaning blood off the walls and the aggressor still wearing blood-stained clothes.

He owned up to the attack and told the officers he’d thrown the chunk of ear in the bin.

Once the aggressor had been arrested, the policemen put the victim’s ear lobe on ice and took it the hospital.

Medical staff were unable to sew the piece of ear back on.