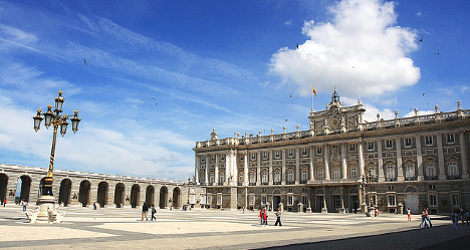 Spain's royal family receives €7.9 million a year from the Spanish government but does not currently detail that spending. Photo: Ali Reza Zamli

The palace will give full details of how it spends the €7.9 million it receives each year from the Spanish government once the country's new Transparency Law comes into force, reported El País on Tuesday.

Spain's Royal Palace has enjoyed the services of an internal auditor since 2007, and a brief summary of the institution's costs has been published since 2011.

The most recent such summary contained three pages.

After the introduction of Spain's new freedom of information rules, however, the finer details of the palace's spending will become public, sources close to the matter told El País.

Costs to be detailed in future include those for banquets, gardening, heating and journeys undertaken.

Current negotiations with the Royal Palace also include discussions on whether the institution will release details on how King Juan Carlos divides the €260,000 assigned to Queen Sofia, his daughter-in-law Letizia and his daughter Elena for royal duties.