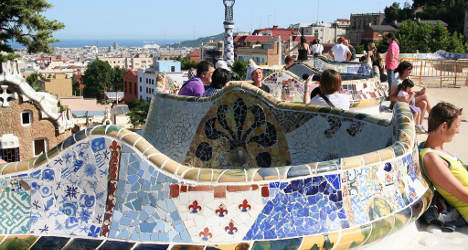 Overall tourism numbers in Spain were up 7.9 percent year on year in March 2013, the Spanish government's tourism research agency Frontur reported on Tuesday.

The agency also said the number of tourists to Spain was up 2.3 percent for the whole first quarter of the year.

A total of 9.4 million tourists visited Spain from January through to March, Frontur said.

This means tourism numbers are on the up again. After a year-on-year dip in January — and a February that saw the same numbers as in 2012 — March figures were much stronger.

Visitors from the UK made up just under one in every five of all arrivals to Spain in March (19.9 percent) while Germans comprised 11.9 percent of total visitor numbers.

The number of French arrivals was also up — by 16 percent.

Scandinavians are also coming to Spain in ever increasing numbers, with visitor numbers from the region up 13.8 percent year on year.

In terms of destinations, the Canary Islands topped the list with just under 1.4 million visitors (up 4.2 percent) in March.

All Spanish regions saw more tourists in the March 2013 that on the same period a year earlier, Frontur reported.

Catalonia and Madrid, however, both registered year-on-year drops in total numbers.