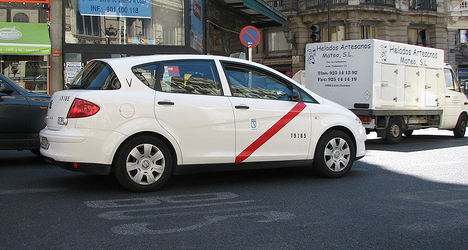 Owners of the restaurant say the 'free taxi' idea is about inciting people to get out of the house. Photo: Jaime de la Fuente

The Cámping Vila de Sarria restaurant came up with the idea as way of attracting business and putting an end to drunk driving, the Voz de Galicia newspaper reported on Tuesday.

Cámping Vila de Sarria is about two and a half kilometres from the centre of the village of Sarria.

Now, all customers who order a drink at the end of their meal, and who order meals from the full menu, can enjoy free taxi rides put on by the establisment.

The offer is for groups of up to four people but if a smaller number of passengers want to use the taxi service, they will receive a partly discounted fare.

"That´s why we came up with the idea of the taxi service."

"The reality is, given how things are across the economy in general, and in hospitality in particular, it makes sense to offer something different at a good price so that people are more likely to get out of the home," said the owners of the restaurant.