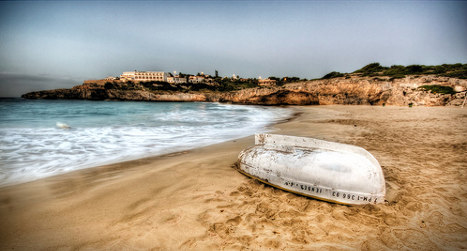 Over 20 percent of the people living in Spain's Balearic Islands including Majorca (above) are foreigners. Photo: Ian Carroll

Spain's total registered population fell by 205,788 in the 12 months up to February 1st, new figures from the country's national statistics institute, the INE, reveal.

This was the first annual drop in Spain's population since 1996 and means that Spain's official population stood at 47,059,533 at the end of the 12 months in question.

The number of EU citizens living in Spain on February 1st was also down by almost the same amount, dropping 3.7 percent to 2,352,978.

Percentages for British citizens were also in line with these figures.

During the period in question, some 14,799 British citizens left.

"Anecdotally, our consulates do not detect a significant change in the British population," Simon Montague, Director of Communications for the British Embassy in Madrid told The Local.

"However, because British residents do not need visas or need to register with the Embassy, it is impossible to know the exact trend."

Montague told The Local that factors affecting where British people chose to live included unemployment levels, tax and VAT changes, and the impact of exchange rates on pension values. He added that the cost of living, house prices and property law issues also played a role.

"But there is no way of knowing which factors — and to what extent — these, and other factors may be influencing individual decisions," said the Embassy spokesperson.

In terms of general figures for EU citizens living in Spain, the Romanians are the largest group (863,635) and UK citizens come in second place with 380,093.

In terms of the age of foreign residents in Spain, the average age of British people living is Spain was 52, for Germans, this was 50.7 and for French people, this was 41.7.

Meanwhile, the average age of Chinese people in Spain was 29.5 years.

For non-European Union citizens, the largest group was the Moroccans: there were 787,013 Moroccans registered as living in Spain in the period covered by the INE figures.

The communities with the highest percentage of foreigners were the Balearic Island (20.1 percent) and Valencia with 16.8 percent.

But the number of foreigners declined in all populations bar the African enclave of Melilla where numbers were up 1,331.

But the flow of immigration to the country has slowed since Spain entered into its worst recession in decades at the end of 2008 as the global credit crisis hastened a correction already underway in its key property sector.