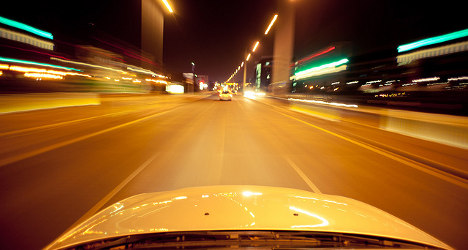 By the time he was 21, Japito had been arrested more than 100 times. File Photo: willbutlerphotography/Flickr

Japito, as Benjamín López Rojo is known in his native town of Carballo (Galicia), got behind the wheel at a very young age.

He soon became one of the most reliable getaway drivers for Galicia’s burglars and bank robbers, local daily La Voz de Galicia reported on Friday.

By the time he was 21, he’d been arrested over a hundred times by Spain’s Guardia Civil police.

He’s been chased on foot, by car, bicycle, helicopter, you name it.

And yet until only last August Japito had managed to escape jail time by hiding away in O Sisto, a neighbourhood of Carballo where even the Guardia Civil didn't dare enter.

The reckless driver is seen as somewhat of a ‘Robin Hood’ figure in Carballo.

La Voz de Galicia reported he often shared his ‘winnings’ with the townspeople, he has a long list of female admirers queuing outside his door and even the Guardia Civil police have praised his skills behind the wheel.

But Japito grew tired of living his life on the run and in August of last year he took his lawyer to the local police station and handed himself in.

He hired Ramón Sierra, one of Galicia’s most sought-after lawyers, to handle his numerous cases.

Sierra is looking to push judges to give Japito a continuing offence sentence, which would mean taking the total years attached to his highest sentence and multiplying this number by three.

If all of his sentences were added up, Japito would be looking at a lifetime behind bars.

For now, Spain’s most reckless driver has been sentenced to 26 years at Teixeiro penitentiary (Galicia).

His record 23 dangerous driving offences will probably double in number over the coming months as Japito prepares to stand trial at least 20 more times.