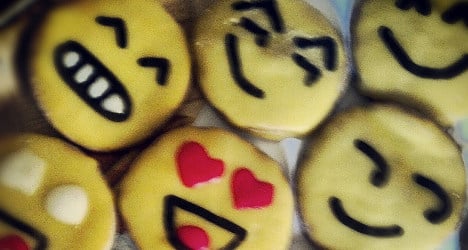 Whatsapp has become increasingly popular in Spain, registering the biggest growth in usage in Europe in 2012. Photo: Valentina González Wilkendorf

“Nobody in your family loves you, don’t be a burden, just die, commit suicide, it’s the best thing for everyone,” read one of the menacing messages.

The accused, a 25-year-old from A Coruña (Galicia), is believed to have started threatening his ex-girlfriend on Whatsapp after the couple broke up.

“I won’t stop until I see you in a pine coffin,” read another of his messages.

“You won’t be able to go out into the street with peace of mind, I’m going for you, the game starts today, before we begin this journey of vengeance, make sure you dig two graves.”

The victim eventually blocked the aggressor’s profile, hoping it would put an end to the threats.

But the accused reacted by calling her seven times in six hours, the court heard.

Back in February, Spain's gender violence court decided to give the man a 200-metre restraint order and a ban on any form of communication with the victim.

Now Spain's public ministry is hoping to put the aggressive texter in prison for up to three years and forbid him from carrying any weapons for four and a half years.

The prosecutor also wants to extend the accused's restraint order to between five and seven years.

Whatsapp has become increasingly popular in Spain, registering the biggest growth in usage in Europe in 2012.

In March, daily newspaper El País reported that an average of one Spanish child is 'ciberbullied' everyday.