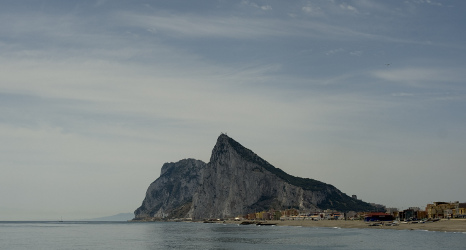 Gibraltar is changing its stance on gay marriage after a lesbian couple from the UK territory challenged the current legal framework. Photo: Jorge Guerrero/AFP

Homosexual couples in the UK territory will be adopt children after the ruling which will oblige the territory's government to change its laws on this issue.

In a press release, Chief Minister of Gibraltar Fabian Picardo said the territory's adoption law was unconstitutional in not allowing same-sex couples could not adopt.

He stated the relevant legislation would now be changed.

“As a consequence of this very clear court ruling, the Government has already taken steps to  amend the legislation," stated Samantha Sacramento Minister for Equality and Social Services in a government press release.
"The Care Agency, which is the body that deals with the  recommendations for adoption, is reviewing policies to ensure that they are consistent with this decision,” added Sacramento.
The decision was made after a lesbian couple appealed against the current legislative framework.
Gibraltar's Equality Rights Group issued a statement "warmly" congratulating the couple.
The peak gay rights group said: "They (the couple) have been brave and determined in their application, despite social pressures, out of love for their child and for each other.
"GGR will continue to support individuals, regardless of any status, in just human and civil rights claims before the Courts," said the group.
Until now, only married couples and single people have been able to adopt in the UK territory.