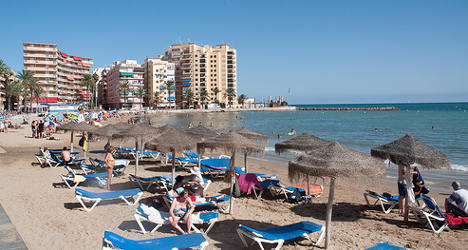 The accused Marcelo G. says that his wife died of a drug overdose. He is facing court in Torrevieja (above) Photo: Phillip Capper

The accused's arrival at the court was greet by whistles and cries of "murderer".

But during a three-hour hearing, Marcelo.G maintained that his wife had killed herself with an overdose of pills.

He told the court that on the night of March 28th he heard a noise in the staff room of his veterinary clinic and went to investigate.

He then found the dead body of his wife.

The accused informed the court he then spent three hours trying to revive the woman. However, this was unsuccessful.

Macelo G. went on to recount that he had cut the body up into three pieces and placed these in bags.

This was done, he said, so that his daughter wouldn't find his mother's body when she opened the store in the morning.

According to the vet's version of events, he then carried around the body in the family car for three days.

The accused said he took the remains to his summer house in the country where he finished the job of cutting up his wife.

He said he then took a total of seven plastic bags to the incinerator facility where he regularly brought dead animals from his practice.

The vet told staff at the facility that the bags he was carrying contained the remains of a "large dog".

He was a regular client of the plant and no one at the firm questioned his arrival with these plastic bags.

"He was very nice," one employee of the incineration plant told Spain's Antenna 3 television station.

However, after two days of questioning from his two children about the whereabouts of their mother, Marcelo G. decided to give himself in.

Accompanied by his lawyer, the vet went to the Guardia Civil station in Almoradí and handed in ashes and remains of his wife.

The crime is now being treated as a possible homicide.

This is because investigators they doubt that an overdose was the cause of death of the accused's wife.

Although Marcelo G. claimed in court that his wife had died after taking a huge amount of pills, he had earlier made declarations that cast doubts on this version of events.

Earlier, the vet had told agents of Spain's Guardia Civil he had accidentally killed his wife on the operating table during a failed liposuction procedure.

The investigating team are now trying to establish whether this was in fact the case.

They are giving credence to the idea because the wife was overweight and was also suffering from depression.

Carla Batalla, a veterinarian and an expert in animal surgery told television channel Antenna 3's Espejo Público program that there were no instruments in a veterinary clinic for performing liposuction.

However, the animal expert said that the anaesthetics used in such clinics were the same as those used for people.

"If somebody wanted to carry out liposuction in a veterinary clinic" it would be possible, said Batalla. 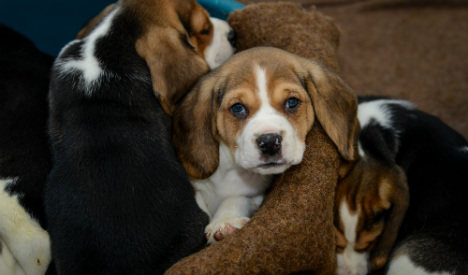