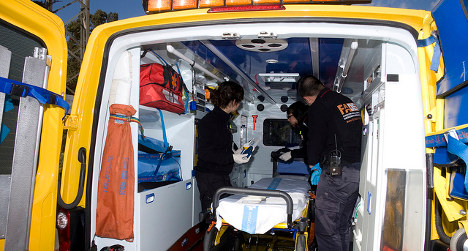 Ninety percent of bereaved family members say that allowing their loved one's organs to be donated helped them to overcome their loss. Photo: Fundacionfarei/Flickr
British expats in Spain are 400 percent more likely to donate an organ than if they were living back home in the UK.
That's according to a study by the National Transplant Organization (ONT).
Spain's ONT told The Local that 16 out of every million people in the UK donate, in comparison with Spain's 35 out of every million.
"Foreigners in Spain are just as likely to give away one of their life-giving organs as the Spanish themselves,"  sources at ONT told The Local.
"It's not important for people to have a donor card. What is important is that people let their families know what their wishes are in terms of organ donation."
Back in 1989, Spain established a nationwide transplant co-ordination network to help doctors and transplant coordinators to identify potential donors.
The so-called Spanish Model achieved such good results that its organizational measures have been adopted by the World Health Organization and many countries in Europe and Latin America.
"Spain's management model brings the best out in people," ONT told The Local.
"Ninety percent of bereaved family members tell us that allowing their loved one's organs to be donated helped them to overcome their loss."
Spain's building bonanza may be one of the root causes of the country's financial woes, but evidence suggests new airports and infrastructure improvements have also helped Spain to consolidate its position as the world's organ transplant leader.
The time taken between an organ donation and its transplant to another person has dropped considerably over the past few years thanks to Spain's notorious airport boom.
"When the organ donation took place in an city without an airport, the team had to travel to the closest airport and then by car," ONT director Rafael Matesanz told online newspaper República on Tuesday.
"The spread of airports across Spain has meant that the time taken from hospital to airport has dropped enormously."
Improvements to roads and motorways have also helped to lessen the donation/transplant time, although the steep drop in road deaths has also meant there are less donors available.
"As preventable deaths are falling in Spain, our standard donor is now on average over the age of 60," ONT sources told The Local.
The increase in mobile phone usage, as well as other global logistics developments, are making the whole process faster as doctors and patients can be contacted much more easily.
"We can now attempt transplants we wouldn't have dared to in the past," Matesanz acknowledges.
Spain has been at the forefront of organ donations and transplants for the past 21 years.
The WHO named Madrid-based doctor José Ramón Núñez their Head of Transplants last Thursday.