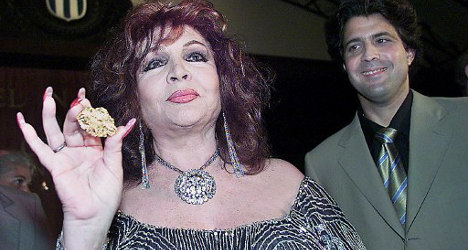 Montiel with her fourth husband Antonio Hernandez back in 2002. Photo: Niurka Barroso

One of Spain's most loved actresses, Montiel made her on-screen debut in her mid-teens after winning a beauty contest whose prize was a film role in 'Te quiero para mi'.

This led to a three-decade long movie career where she featured in nearly 50 films.

Born to a farmer and a beautician as Maria Antonia Abad Fernandez in the central Spanish village of Campo de Criptana in 1928, Montiel was known for her great natural beauty and starred in more than 14 films between 1950 and 1954.

She rose to international fame after starring alongside Gary Cooper and Burt Lancaster in the 1954 western Vera Cruz, and enjoyed a near mega-star status in both her homeland and Europe after her part in the 'El ultimo cuple' in 1957.

In an interview with Spanish radio station Onda Cero in March, she talked about her life, reminiscing about the many Hollywood encounters her career had blessed her with, including that with Marlon Brando in 1951.

"I was an idiot. I didn't pay attention to him. He was filming Guys and Dolls with Frank Sinatra and I spent an afternoon chatting with him.

"I didn't get to know Frank Sinatra that day because he wasn't working," she said, adding she did however get to know Sinatra at a later stage.

She also recounted the time when, one morning, she stumbled upon Greta Garbo in her garden.

"She was in my home. I had woken up around noon, because I was still living my life like a Spaniard" and rising late, she said.

"I went out into the garden. My husband was there playing tennis with a woman. They were just finishing playing and came over to me. My husband said to me: 'Antonia, look, I want you to meet Greta Garbo'. I almost fainted."

Montiel was married four times in her life, including to the late Spanish industrial magnate Pepe Tous, with whom she adopted two children, Thais and Zeus. Tous died in 1992.

Also a talented singer, Montiel, who once described herself as "very calm, very modest", dedicated herself to her music career after retiring from the film industry in 1975. 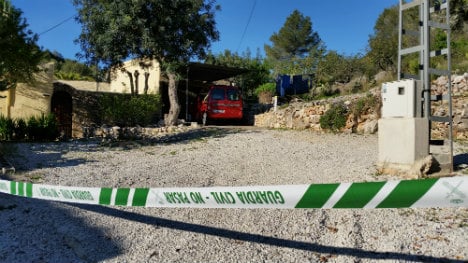 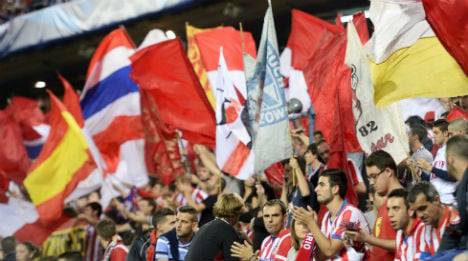