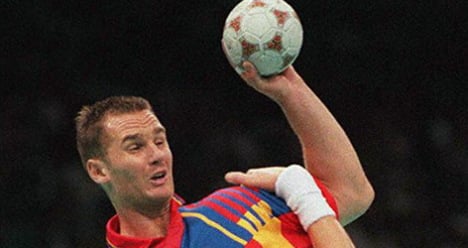 Urdangarín, who is currently under investigation for allegedly embezzling millions of euros of public money, has told the King he has accepted a job offer that could steer him away from the unwanted attention he is receiving in Spain.

"Iñaki Urdangarín has agreed to join Valero Rivera to work with him for the Qatar handball team, if the coach accepts the offer which he has on the table," added Barcelona based daily La Vanguardia.

Oil and gas-rich Qatar offered Rivero, who led Spain to their second world handball championship title in January, a yearly salary of €800,000 ($1,000,000) to coach its national team, according to ABC.

But TV3, the public broadcaster in Spain's north-eastern region of Catalonia where Urdangarín lives with his wife Princess Cristina, said Urdangarín would be put in charge of promoting handball in Qatar.

"TV3 has been told that Urdangarín would promote handball and he would also be responsible for supervising the organization of the 2015 World Handball Championship, hired by the Qatari government," the station said on its website.

Urdangarín and his former business partner Diego Torres are at the heart of a corruption investigation, opened at the end of 2011, centred on allegations of influence peddling and embezzlement.

The pair are suspected of over-billing regional governments to stage sports and tourism events, and then syphoning off money to the non-profit Nóos Institute, which Urdangarin chaired from 2004 to 2006.

Urdangarín's wife Cristina, the king's youngest daughter, was officially named a suspect in the case last week and was ordered to be questioned in court, dealing a major blow to the prestige of the monarchy.

According to RTVE, Urdangarín will not be stripped of his passport by anti-corruption courts and will be able to travel and work abroad.

Urgangarín won bronze medals in Spain's handball team at the 1996 and 2000 Olympics. 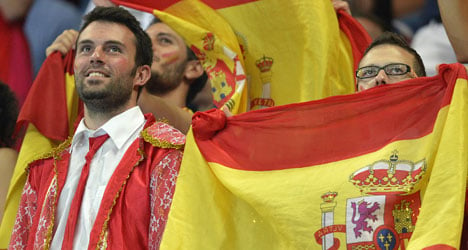