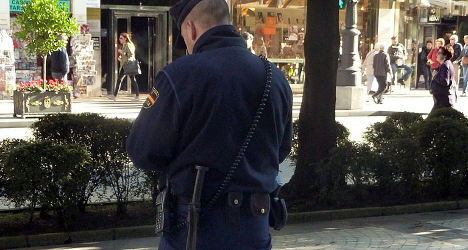 The court heard how Mykhaylo T.  stamped on the victim’s head five or six times after not being allowed into a club with his “skinhead” friends.

The unprovoked attack left Rafael Santamaría with severe traumatic brain injuries and bruising to his face.

Mykhalo T., referred to in the Spanish press as a "neo-Nazi", was sentenced to ten years behind bars and will have to pay €200,000 in damages to Santamaría.

Three of the aggressor’s friends were fined €100,000 for failing to step in and stop the gruesome act, online newspaper Madrid Diario reported.

Javier R.B., María Leticia G.D. and Iván L.G. will have to pay the fine over two years for not acting during the attack and leaving the badly injured victim for dead as he lay on the kerb.

Santamaría required treatment for 541 days and is now seriously disabled after the injuries sustained.

The court also heard a shocking statement on the part of the defendant’s lawyer, who referred to Santamaría as a “parasite”, and said he yearned for the days when Spain had a vagrant's law which put homeless people behind bars.