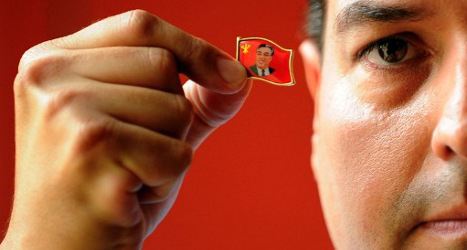 "His eyes looking at me, his face smiling at me. I keep this very dear to me", says Cao de Benós of former North Korean ruler Kim Jong-il. Photo: Lluis Gene/AFP

Who is Alejandro Cao de Benós?

He’s from a family of Catalan aristocrats and he's an ex IT consultant from Tarragona (Catalonia).

He also happens to be the only foreign employee of North Korea’s foreign ministry and likes to get about in military garb from that country.

Why is he The Local's Spanish Face of the Week?

With all the talk of strained relations between North and South Korea, Cao de Benós has been putting himself out there in the Spanish media to promote the Democratic People's Republic of Korea.

The Spanish public's response has been a mixture of fascination, disbelief and ridicule.

In a radio interview on Spanish station COPE, the North Korean sympathizer told presenter Lartuan de Azumendi that Kim Jong Un's leadership was "superior" to Spain's as it's "in the hands of the people", with free access to housing, education and healthcare.

The interview ended after Cao de Benós was accused of "taking advantage of the virtues of Spain".

Cao de Benós' final words to the interviewer were: "I hope you have fun with your bank accounts."

Cao de Benós, or Zo Sun-Il (meaning Korea is one) as he is known in North Korea, spends around half of the year in Pyongyang, where he has close ties with the upper ranks of the notorious regime.

The Spaniard hosts foreign delegations and acts as an intermediary for external parties interested in investing, filming or just visiting North Korea.

For the rest of the year, Zo takes the unenviable role of travelling ambassador for North Korea, singing the praises of Kim Jong-un’s regime to international media and recruiting followers to the cause.

Surely he hasn’t been having much success with that.

Au contraire. Cao de Benós founded the Korean Friendship Association in 2000, a worldwide network of sympathizers and supporters who lobby and speak on behalf of the Pyongyang government.

Thirteen years on, the KFA claims to have more than 10,000 members in 120 countries.

In September of last year, Cao de Benós took twelve young Spanish communist sympathizers on a trip to North Korea and is currently planning another visit for next July.

Not everyone has appreciated the tours, though. A former participant on one of his tours to North Korea told The Independent he was a "perfect example of the 'useful idiot'".

How did he end up being Kim Jong-un’s right-hand man abroad in the first place?

Cao de Benós’s relationship with Pyongyang dates back 13 years, when the ex IT consultant set up North Korea’s first website.

But as a communist sympathizer, “Zo”  has often said that it was his lifelong dream to join the North Korean revolution.

"I was 15 years old, I was looking for a system that represented my ideals of egalitarian society," he told Italian journalist Enzo Reale in 2010.

"I totally identified with North Korea not only ideologically but also in spirit and culture."

"My friends would say we love you, but what you want to do is impossible," Cao de Benós told The Independent.

"But Kim Jong-il told me 'impossible' doesn't exist in Korean."

When he was 16, Cao de Benós met a North Korean delegation in Madrid and two years later, he made his first trip to the mysterious country.

Does he deny all the negative press about North Korea?

Cao de Benós is adamant that North Korea is not the poverty-stricken, politically repressive regime that Western media make it out to be.

He advocates forced labour as a punishment for certain crimes and claims North Korea’s great famine of 1995 to 1998 killed 80,000 and not the two million usually stated.

"We're in a propaganda battle with the West”, Cao de Benós told Christian Science Monitor. “Ninety-five percent of the news about North Korea is false or propaganda".

So is North Korea happy to have him as their only foreign representative?

Widely recognized as the world's most isolated regime, North Korea is slowly opening its doors to the world.

Despite the weight of responsibility on Cao de Benós's shoulders, North Korea's only foreign ambassador  recently wrote on his blog he has no fears of being spied on by Kim Jong-un's secret police.

Where does he stand on recent North Korean missile tests?

Zo told Spanish radio station Cope that missile tests weren't a threat but rather a clear warning in response to South Korean and Western provocation.

In a recent interview with the Huffington Post, Cao de Benós said that de-nuclearization was not even a remote possibility: “Nuclearization is an answer to the double-standards of the US and its puppets in the UN Security Council.”

Asked what he thought about a South Korean desire to improve relations with its northern neighbour, Cao de Benós said: "Our thinking and our voice in the DPKK has always been the same: we want peace but we'll never beg for it." 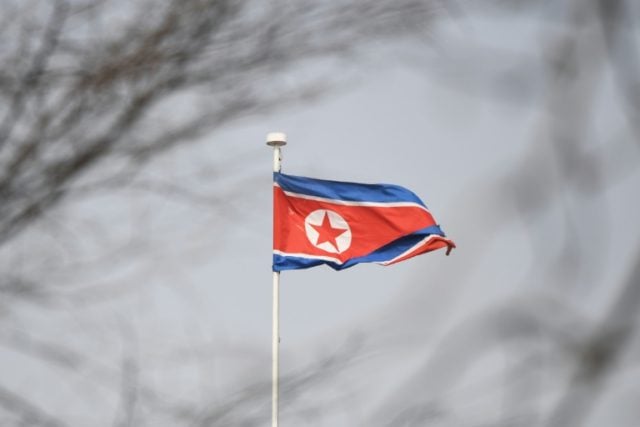 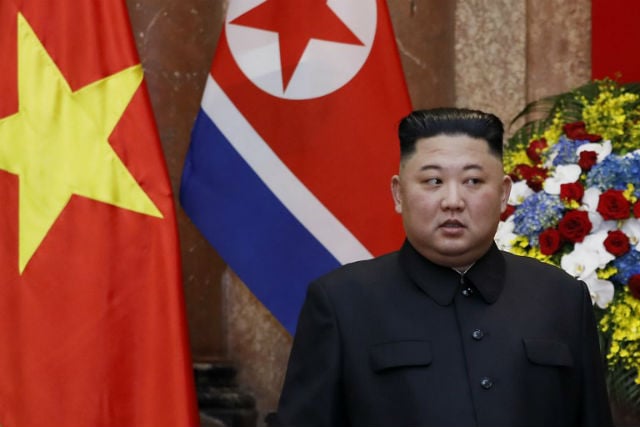