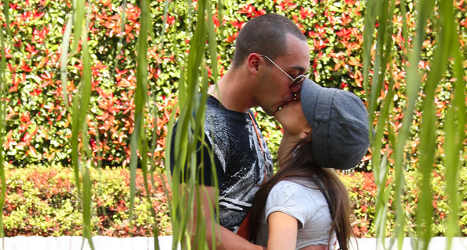 Love is in the air: Spain's singles are reacting to rising spring temperatures. Photo: Matteo Staltari

The survey conducted on behalf of dating agency Meetic shows that 44 percent of Spain's singles are ready to hook up in the coming months.

It seems the increased light and higher temperatures will motivate many of Spain's singles to go out and meet someone new, reported Te Interesa on Tuesday.

The magazine also reported that Spaniards are more likely than other Europeans to be affected by changes in the weather.

Some 64 percent of Spaniards say the time of year affects their willingness to go out and find a new lover. In Madrid, that figure is a staggering 81 percent.

The fact that Spaniards are more ready than ever to fall in love in Spring is backed up by figures, claims Europe-wide dating agency Meetic.

The company's survey, conducted by TNS, also found that three out of every four European singles thought dinner was the best way to get to know someone.

In Spain, that number was 58 percent.

The singles surveyed also said meeting someone new was the perfect excuse to go and discover new places: eight out of ten Spanish singles said that they had found a new place after  going on a first date there.

Spaniards are also among the most adventurous in Europe when it comes to choosing locations for these first dates. One in every three singles said they would choose somewhere new and different for the occasion.