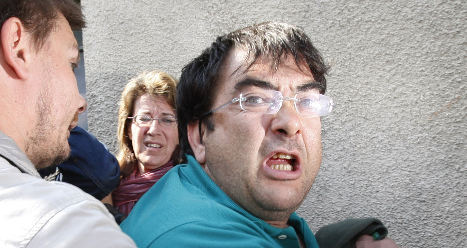 Javier Lopez Pena, who used the alias Thierry, died at the age of 54 in a Paris hospital Saturday after suffering a stroke.

He had been behind bars in France since 2008 and was believed to have been one of the masterminds of a 2006 car bombing at Madrid airport that killed two people, ending a ceasefire by the banned group.

"He was hospitalized in conditions that did not allow for treatment of his illness," lawyer Yolanda Molina told a press conference in the south-western French city of Bayonne, saying Pena was "victim to shameful treatment".

She said she would file a complaint against the prison administration, Paris hospitals and the judicial administration once she has viewed the medical records and received the autopsy results.

Pena is believed to have occupied several positions within ETA, including being responsible for the group's explosives and heading its military apparatus, before becoming the leader of the outfit in 2006. He had been on the run since 1983 before his arrest in 2008.

ETA is blamed for more than 800 deaths in a four-decade campaign of bombings and shootings for an independent homeland in the Basque region which straddles northern Spain and south-western France.

Considered a terrorist group by the European Union and the United States, ETA announced in October 2011 that it was giving up its armed struggle.