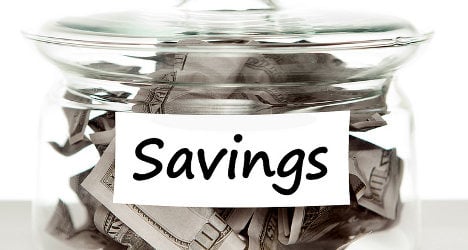 Experts say that diversification is the best option when it comes to personal savings. Photo: Tax Credits/Flickr

“The situation in Cyprus is making the international community reflect on what might happen here in Spain,” Barry Davys, a financial advisor with Expat Financial Advice Spain told The Local on Tuesday.

Referring to last month's bailout of the Mediterranean island, the Barcelona-based Davys said: “As independent financial advisers, this has resulted in us receiving enquiries but it is fair to say that there has been no panic.”

The financial advisor said his firm was continuing to follow normal processes for financial planning including advising clients to keep an emergency fund. He said this is where local bank deposits had a role to play.

Davys said their products were individually tailored but “many clients are keen to use the additional security of insurance-wrapped products for their medium to long-term funds over bank deposits”.

Meanwhile, Graham Hunt of Valencia Property told The Local that he had had more enquiries about property since the Cyprus bailout — and especially from Russians.

“People are looking for something tangible,” said Hunt.

“They see property as a well-priced alternative.”

Hunt added that some people were also looking at investing in businesses: “They say, 'I'd rather have my money working for me in some way'”.

These expert opinions come in the wake of last month's Cyprus bailout deal when eurozone ministers and the International Monetary Fund agreed to fund the island to the tune of €10 billion but only on the condition that bank account holders helped foot the bill.

After tense negotiations, eurozone leaders agreed that all account holders with less than €100,000 in their Cypriot bank would see the entirety of their savings fully guaranteed.

However, people with more than this amount in savings in the huge Bank of Cyprus were told their savings could be reduced by up to 40 percent.

On March 25th, the Cyprus deal was signed and sealed and Spain’s markets reacted positively to the news in morning trading. Then Eurogroup boss Jeroen Dijsselbloem dropped a bombshell by saying the Cyprus bailout agreement could act a “template” for the rest of Europe.

Spain’s markets lost value immediately as people began to wonder if bank accounts in this country could also be ransacked in the case of a bank ‘failing’.

He added: “since the messy deal to bail out Cypriot banks began, our financial advisers in these areas have reported a significant surge in inquiries from expats who are looking to safeguard their funds in other jurisdictions which are perceived to be safer.

“Whether the institutions like it and accept it or not, there is a real risk of a major deposit flight from these countries as people feel their accounts could be plundered next.”

The following day, Spain’s Prime Minister Mariano Rajoy and his French counterpart François Hollande used a joint press conference to assure people that all deposits under €100,000 were safe.

But should people who hold more than this amount of money in a bank account now be moving their money offshore?

Spain has over one million account holders who could stand to lose money if a Cyprus-style bank bailout were to take place in this country.

However, the director of the Spanish securities company Tressis Victor Alvargonzález recently pointed out the key differences between Cyprus and Spain. He told El Mundo newspaper that Spain had already been rescued to the tune of €40 billion and that €60 billion in bailout money remained.

Alvargonzález also stressed that Spain was already paying for its rescue through other, less obvious means like higher value-added taxes and by moves such as delaying the retirement age.

The securities firm director went on to explain that the European Union had justified its “punishment” of Cyprus by saying that the country was a tax haven for Russian investors and that banks on the island had to be held responsible for their decision to recapitalize by selling risky products like Greek bonds.

Although Alvargonzález said the first part of that equation didn't apply to Spain, he noted that banks in Spain had also tried to attract capital by offering high interest rates and that the country would end up paying for this.

El Mundo then told readers they should not fear a Cyprus-style raid on Spain's banks but noted expert advice that people should be wary of putting all their eggs in one basket if they had more than €100,000 in savings — or more than €200,000 in the case of couples. 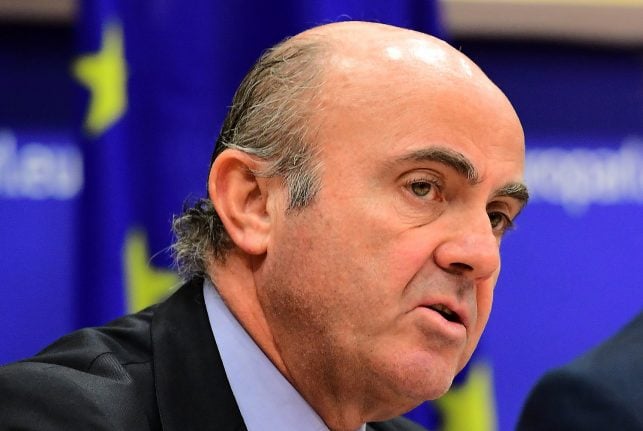 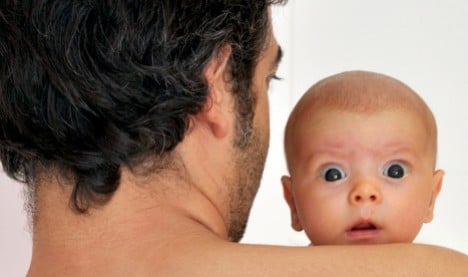