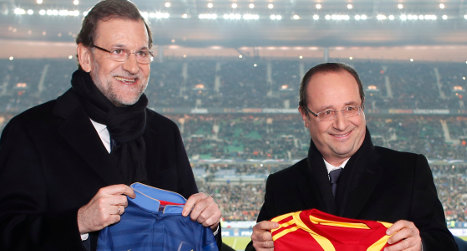 Accounts holding less than €100,000 were "completely guaranteed" said the two leaders at a press conference in Paris late on Tuesday night.

They said the measures taken in Cyprus — where accounts with more €100,000 were raided to help bailout the country's banks —  were "exceptional".

"This is an exceptional and unique case, which is being exceptionally applied to Cyprus," the Spanish prime minister said in the press conference.

"Spain will defend that we agree in June on a system for a European recapitalization of banks and in December for a guarantee for deposits and a single resolution system."