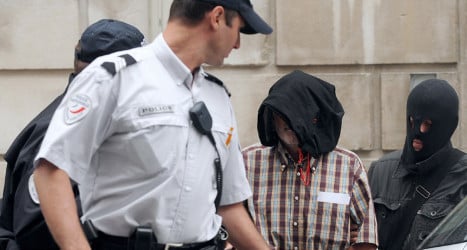 Less than two years after being sentenced to 20 years by a Paris court on charges including a kidnapping, former ETA military leader Garikoitz Aspiazu Rubina, alias "Txeroki", was handed another eight years.

A Spanish court in 2011 already sentenced Txeroki in absentia to 377 years in prison for 20 attempted assassinations.

His latest sentence was for more charges brought against him in the aftermath of his 2008 arrest in Paris, including the planning of terrorist acts, possession of unauthorized weapons and forged documents.

Txeroki will face another trial next month for the 2007 murder of two Spanish paramilitary police near France's Basque country.

Considered a terrorist group by the European Union and the United States, it announced in October 2011 that it was giving up its armed struggle.