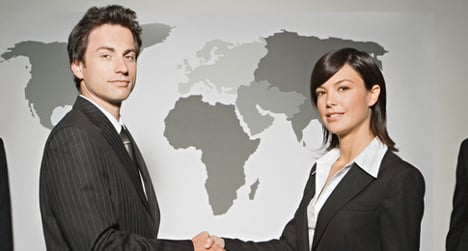 "The idea behind UKANSpain is to bring together the collective experience and potential of anyone living in Spain with a UK university degree," explains Joe Fraine, who manages the UK Alumni Network in Spain.

"There are about 100,000 UK university alumni living in this country, and we want to bring these people together," he says.

Explaining the origins of the idea, Fraine says: "In mid-2012, the British Council and the British Embassy in Spain decided to try to unite all the different UK alumni groups operating in Spain under one umbrella.

"Previously there were plenty of individual alumni groups in Spain such as those for universities like Cambridge or Warwick or the London School of Economics.

"In addition, there were professional groups like the UK Accountants in Spain and Certified Lawyers in Spain.

"But we believe that each of these can bring something to the UKAN community. And obviously the more people you can bring together, and the more mass you have, the more impact you can achieve."

"The aim of UKANSpain to provide a forum for networking between members," says Fraine, who studied modern languages at the University of Birmingham.

"That means using the experience of people who have been living and working in Spain to catalyze the next generation.

"We also want to help students who have studied at UK universities — including on Erasmus programs — by offering mentoring from experienced Spain-based professionals."

In terms of benefits to members, Fraine mentions the chance they have to access exclusive job opportunities through UKANSpain's network of contacts and partners.

Then there is discounted banking through Barclays, cheaper healthcare through Sanitas and discounts on books at Book-Sellers.

"On top of that, there are the social events that that can range from anything from wine tasting to organized cultural tours and theatre trips".

At the same time, UKANSpain gives members the chance to meet with diplomatic figures or senior figures in the education and art sector in the UK who come over to Spain on behalf of the British Council.

"For example, Lord Patten — the last governor of Hong Kong and current chairman of the BBC Trust — is coming here in April and UKAN is hosting a reception for its members to meet him."

"We want to help graduates of any nationality who have studied at UK universities — including on Erasmus programs — and are living in Spain by offering mentoring from experienced Spain-based professionals," he says.

The program's manager says that any graduate that has studied at a UK university is welcome to come and participate in UKANSpain's range of activities,

He points out that because UKANSpain is a non-profit organization, any contributions made by companies to the network can be deducted for tax purposes.

Fraine would also like to hear from business associations  who are keen to collaborate with UKANSpain.