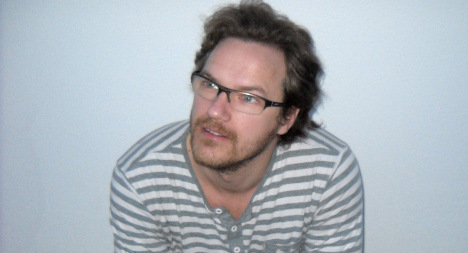 Norrbin has set up his own SEO company in Majorca, working with real estate, events organizing and other other marketing platforms on the island. Photo: Fredrik Norrbin
Where are you from and how did you get into SEO?
I grew up in Stockholm but I did a lot of travelling around before I kicked off my professional career.
I went back to Sweden to complete my studies and went on to work for the country's biggest SEO company, Jajja Communications.
I started off in sales, moved up the company ladder to become sales manager and continued to work closely with e-commerce throughout my career.
I've always understood the benefits SEO can bring so I decided to set up my own company, SEO Ibérica.
How did the decision to move to Majorca come about?
In Sweden you get quite a lot of time off if you have children. My wife and I took our two kids to Majorca for an extended holiday. After three months, we realized we liked it so much here we wanted to stay permanently.
The people are more relaxed, everything is closer and the weather is a huge asset. We're based just outside Palma de Majorca.
So had you already found out if it was feasible to set up your own SEO company in Majorca?
I researched the market there and realized most of my prospective competitors were Spanish. As there are many Swedish, German and UK companies on the island I saw the possibility to tap into that market.
Sweden has been at the forefront of SEO together with the US and the UK, so I was sure I could bring the experience my competitors didn't have.
Has speaking English proven to be more valuable that being fluent in Spanish?
I don't speak Spanish yet but it will be a great advantage once I do. If I want the company to grow I have to.
People assume that SEO is straightforward and doesn't require communication. But you need to trade trust and to do so you have to understand and be understood.
I'm building a client network here in Majorca, and as I prefer to meet people in person, speaking Spanish will be invaluable.
How about bureaucracy? Have you found it hard to set up shop in Spain?
It's been very easy. I know Spain has a reputation for having a lot of red tape, but I contacted a gestoría (agency that undertakes administrative work) and within a couple of weeks I received a letter telling me my company had been officially registered and set up.
Were you never put off by Spain's financial woes?
When I told my friends I was going to set up my own company in Spain, they thought I was mad.
But the great thing about internet businesses is that they can be set up pretty much anywhere.
On top of that, Majorca is a very international place with many foreign businesses as I mentioned before.
I know what kind of Search Engine Optimization German, English and Swedish companies are looking for. I've been told by clients in Majorca they would rather work with me than with a Spanish company for that very reason.
How do Spanish work practices compare to those of Sweden?
I think the whole mañana mañana attitude is a thing of the past.
I guess the Swedes come on top in terms of SEO experience because we've been doing it for longer.
But I don't think there's a lack of entrepeneurship in Spain. My impression is that most of the country's talented and ambitious people have flocked to Madrid and Barcelona.
That's been highly beneficial for me because there's less competition on the island and I've been able to have a bigger client base.
How well has your family adapted to life in Majorca?
Our main concern from the outset was that ours kids be happy and that they get a good education here. There's many expat families in our community so we've had no trouble in building a social life. There's even a Swedish church and Swedish school, which my daughter goes to.
What advice would you give to anyone looking to set up their own business in Spain?
I'd say go for it! Those who have invested rather than holding onto their money during the crisis have often come out stronger.
If you're able to ride it out for three or four years and keep business flowing it'll be worth it.  And it's not as difficult as people make it out to be.