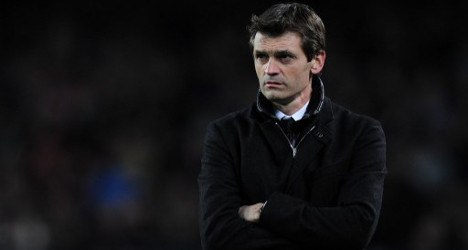 Vilanova's last match in charge was on the 16th of January when Barça faced Málaga in the King's Cup. Photo: Lluis Gener/AFP

"Tito Vilanova will be back in Barcelona this week after two months spent in New York," Barca said on its website.

Vilanova has been Stateside since January 22 to undergo treatment after suffering a relapse of the cancer in his parotid gland towards the end of last year.

Assistant coach Jordi Roura has taken charge of Barcelona in the absence of Vilanova, who first underwent surgery in November 2011.