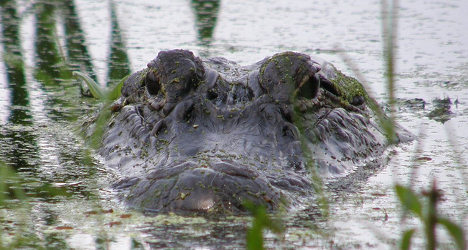 See you later alligator? Locals in the town of Mijas are more likely to spot the scaley beast as spring temperatures rise. Photo: Linda MacPhee-Cobb
The runaway croc was first spotted last month near a lagoon in Mijas, about half an hour's drive from Malaga.
Once news of the escaped reptile spread, a Spanish environmental group Seprona took up they search.
They eventually came across three giveaway footprints last Friday on the banks of the lagoon near the upmarket housing estate of La Mairena.
The prints probably belong to a crocodile measuring up to two metres, Enrique Prieto, manager of a crocodile park in Torremolinos, told The Local.
Prieto said he thought someone had deliberately released the animal into the wild. "The most likely explanation is that whoever owned the reptile bought it on the black market.
"Then they probably decided to get rid of it. But because they didn't  have a licence, and that would have meant a €6,000 fine, they released it into the wild."
Prieto believes the runaway croc is a so-called Mississippi alligator, based on the type of footprint it left and because other members of the crocodile family can't survive the low temperatures of southern Spain in winter.
With spring arriving, though, Mija's missing alligator is more likely to rear its ugly head out the swampy waters of the lake where it's lurking.
"Reptiles are generally more active and have more of an appetite when temperatures go up," conservation biologist Álvaro Camina told the The Local.
An animal of that size will usually eat small mammals, birds and fish usually. The only chances of it attacking a human being are if they come into very close contact or if the alligator feels threatened."
Reptile expert Enrique Prieto thinks the people of Mijas have taken well to the news of an alligator being on the loose: " Rather than being scared, locals are already coming up with jokes and taking it all with a pinch of salt.
"I still think the mayor has acted in the right way by putting up signs and a lifeguard's watchtower next to the lagoon.
"If someone was attacked, the mood in the town would completely change."
The hunt is still on. 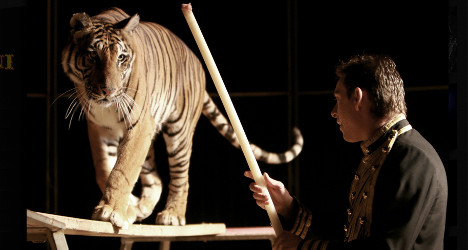 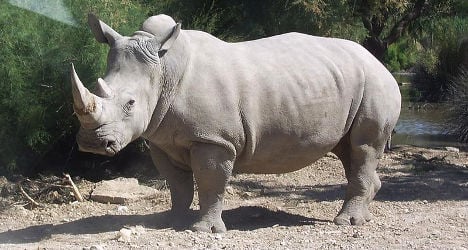 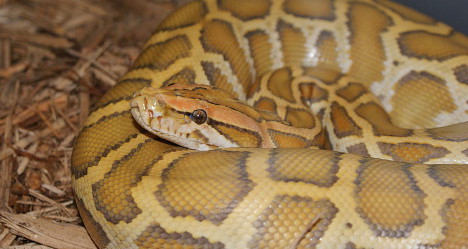 Snakes alive: Burmese pythons are one of the five largest snakes in the world and can reach lengths of up to 5.7 metres. Photo: Wikimedia

The snake made its escape from a home in the Catalonian town of Riells i Viabrea eight days ago and is still on the loose.

Local police and volunteers have now launched a snake hunt for the albino Burmese python which weights in at a hefty 10kg, according to Spain's Antenna 3 television station.

Police have also opened judicial proceedings against the animal's owner for negligence.

The serpent's owner allegedly housed the snake in substandard conditions and failed to notice the animal had made a run for it.

The snake is not poisonous but does have a habit of strangling small prey to death, especially at night.

"Locals have no reason to fear because the animal isn't dangerous and because it would have been difficult for the animal to leave the zone (around the house where it left)," local police assured residents.

Anyone who spots a two-metre-long python with burnt orange and yellow spots is advised to contact the authorities.

Burmese pythons are one of the five largest snakes in the world and can reach lengths of up to 5.7 metres. 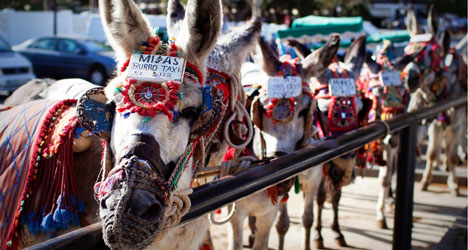