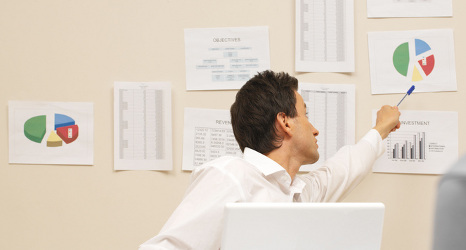 Spain says commitments to the European Union to rein in its public deficit will mean a revision to economic forecasts. Photo: Victor1558/Flickr

Spain, like other eurozone member states, must present its forecasts for this year to the European Commission by the end of April.

"We will study all the available information, we will speak to the Commission and, if necessary, we will proceed with a correction, a change to the forecasts," Rajoy told parliament.

Spain's commitments to the European Union to rein in its bulging public deficit as well as developments among its trading partners could oblige Madrid to revise the economic outlook, the Spanish leader said.

In its 2013 budget, the Spanish government tipped an economic contraction of just 0.5 percent, an unemployment rate of 23.3 percent and a public deficit equal to 4.5 percent of gross domestic product.

The European Commission, for example, has forecast for 2013 a Spanish economic slump of 1.4 percent, a jobless rate of 26.9 percent and a public deficit equal to 6.7 percent of GDP.

Struggling in a double-dip recession sparked by the collapse of a decade-long property boom in 2008, Spain has been under strict European Union surveillance since 2009 after its public deficit breached the bloc's agreed ceiling of 3.0 percent of annual economic output.

Determined to slash the public deficit despite rising public protests, Rajoy's government has enacted spending cuts and tax increases aimed at saving €150 billion ($194 billion) between 2012 and 2014.

The Spanish government has vowed to lower the public deficit from the equivalent of 9.4 percent of GDP in 2011 to 2.8 percent in 2014.