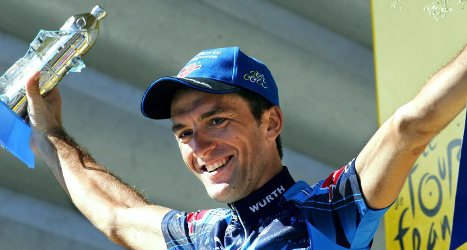 Fuentes and four co-accused are currently on trial in Madrid charged with endangering public health by performing blood transfusions on a number of high-profile cyclists.

In his summing up, lawyer Pablo Jimenez de Parga said that if they are found guilty, the sentences imposed by the court will show how committed the Spanish authorities are to eradicating doping.

"The moment has arrived where all the world will know what is the response Spain will give to this type of conduct," he told the court.

"The sentence will be analysed outside our country and they will not understand it if our eyes are closed to the reality."

Jimenez de Parga said that all five — who face up to two years in prison — should be given heavy custodial sentences worthy of "the biggest network of doping carried out not just in Spain, but possibly anywhere in the world".

Magistrate Julia Patricia Santamaria was once again urged to release blood bags that had been confiscated from flats belonging to Fuentes for analysis, not just for the sporting sanctions that those involved may receive, but also to "prove that a crime had been committed by some of the witnesses".

The evidence given by the six named by Jimenez de Parga was also criticised by lawyers for the Italian Olympic Committee (CONI) for being preconceived and incomplete.

Meanwhile, the lawyer for former cyclist Jesus Manzano, whose evidence opened the initial investigation into Fuentes' activity, repeated his call for all five to serve jail time as well as €180,000 ($233,000) to be awarded to his client in damages for the health risks the transfusions subjected him to.