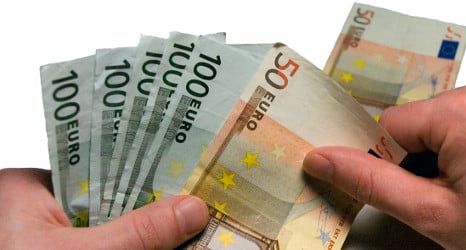 The ratio of doubtful loans, mostly mortgages, extended by Spanish banks rose to 10.78 percent of total credits in January from 10.44 percent in the previous month, the central bank said.

The blip came after the so-called "bad bank" began to mop up risky assets in December, the Bank of Spain said on Tuesday.

The rise in bad loans to €170.69 billion ($220.71 billion) in January follows a decline to €167.45 billion euros in December, its lowest level since May 2012, after the transfer of lower-quality credit portfolios to the so-called "bad bank" that started operations that month.

Spain is shoring up its banks after they were hammered by a property market crash in 2008, using a European Union rescue loan obtained last year of up to €100 billion.

As one of the conditions imposed in return for the European credit, Madrid agreed to create bad bank Sareb to absorb impaired assets from troubled banks.

Four of the hardest hit banks that were taken over by the state last year — Bankia, Catalunya Caixa, NovaCaixaGalicia and Banco de Valencia — transferred their bad assets to Sareb on December 31 last year.

Spanish banks are expected to transfer around 60 billion euros worth of 'toxic' assets to the bad bank. 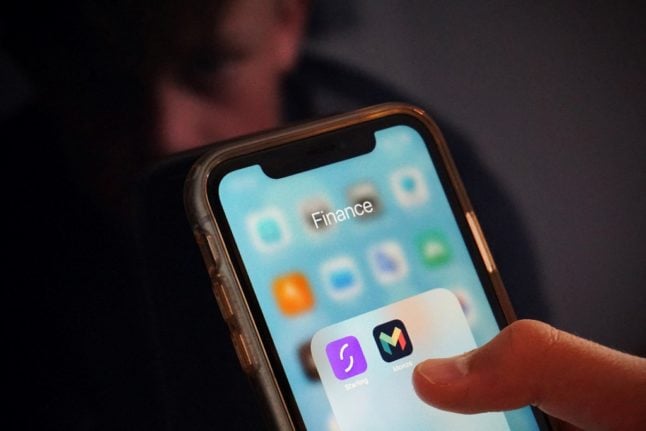 BANKING
Ask the expert: What are the best UK banks for Brits in Spain? 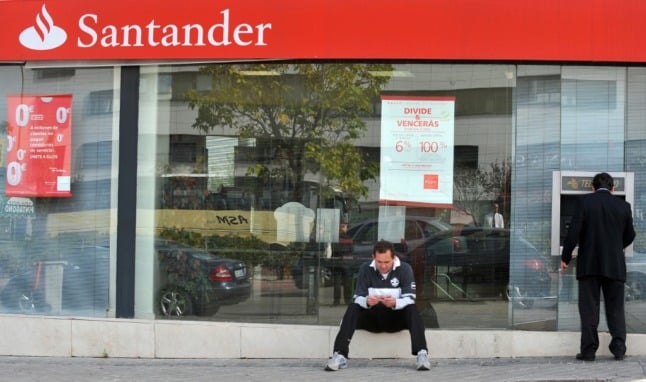 More than 3,500 Santander workers lost their jobs in Spain in 2021 and a further 2,000 more employees working for Santander across Europe were also laid off. Photo: PHILIPPE DESMAZES / AFP

Spanish banking giant Santander on Wednesday said it has bounced back from the pandemic as it returned to profit last year, beating analyst expectations and exceeding its pre-COVID earnings.

Likewise, Spain’s second-largest bank BBVA said on Thursday that it saw a strong rebound in 2021 following the Covid crisis, tripling its net profits thanks to a recovery in business activity.

This may be promising news for Spain’s banking sector, but their profits have come at a cost for many of their employees and customers. BBVA employees protest against layoffs in May 2021 in Madrid. Spain’s second-largest bank BBVA is looking to shed 3,800 jobs, affecting 16 percent of its staff, in a move denounced by unions as “scandalous”. (Photo by GABRIEL BOUYS / AFP)

Around 11 percent of bank branches in Spain have also been closed down in 2021 as part of Spanish banks’ attempts to cut costs, even though they’ve agreed to pay just under €5 billion in compensation.

Rampant branch closures have in turn resulted in 2,200 ATMs being removed since the Covid-19 pandemic began, even though the use of cajeros automáticos went up by 20 percent in 2021.

Apart from losses caused by the coronavirus crisis, Spain’s financial institutions have justified the lay-offs, branch closures and ATM removals under the premise that there was already a shift to online banking taking place among customers.

But the problem has been around for longer in a country with stark population differences between the cities and so-called ‘Empty Spain’, with rural communities and elderly people bearing the brunt of it. Just this month, a 78-year-old Valencian man has than collected 400,000+ signatures in an online petition calling for Spanish banks to offer face-to-face customer service that’s “humane” to elderly people, spurring the Bank of Spain and even Spain’s Prime Minister Pedro Sánchez to publicly say they would address the problem.

It’s worth noting that between 2008 and 2019, Spain had the highest number of branch closures and bank job cuts in Europe, with 48 percent of its branches shuttered compared with a bloc-wide average of 31 percent.

Below is more detailed information on how Santander and BBVA, Spain’s two biggest banks, have reported their huge profits in 2021.

Driven by a strong performance in the United States and Britain, the bank booked a net profit of €8.1 billion in 2021, close to a 12-year high.

It was a huge improvement from 2020 when the pandemic hit and the bank suffered a net loss of €8.7 billion after it was forced to write down the value of several of its branches, particularly in the UK. It was also higher than 2019, when the bank posted a net profit of €6.5 billion.

Analysts from FactSet were expecting profits of €7.9 billion.

“Our 2021 results demonstrate once again the value of our scale and presence across both developed and developing markets, with attributable profit 25 per cent higher than pre-COVID levels in 2019,” said chief executive Ana Botin in a statement.

Net banking income, the equivalent to turnover, also increased, reaching €33.4 billion, compared to €31.9 billion in 2020. This dynamic was made possible by a strong increase in customer numbers, with the group now counting almost 153 million customers worldwide.

Santander performed particularly well in Europe and North America, with profits doubling in constant euros compared to 2020. In the UK, where Santander has a strong presence, current profit even “quadrupled” over the same period to €1.6 billion.

Last year’s net loss was the first in Banco Santander’s history, after having to revise downwards the value of several of its subsidiaries, notably in the UK, because of COVID.

The banking giant, which cut nearly 3,500 jobs at the end of 2020, in September announced an interim shareholder payout of €1.7 billion for its 2021 results. “In the coming weeks, we will announce additional compensation linked to the 2021 results,” it said.

The group, which mainly operates in Spain but also in Latin America, Mexico and Turkey, posted profits of €4.65 billion ($5.25 billion), up from €1.3 billion a year earlier.

The result, which followed a solid fourth quarter with profits of €1.34 billion, was higher than expected, with FactSet analysts expecting a figure of €4.32 billion .

Excluding non-recurring items, such as the outcome of a restructuring plan launched last year, it generated profits of 5.07 billion euros in what was the highest figure “in 10 years”, the bank said in a statement.

In 2020, the Spanish bank saw its net profit tumble 63 percent as a result of asset depreciation and provisions taken against an increase in bad loans due to the economic fallout of the virus crisis.

“The economic recovery over the past year has brought with it a marked upturn in banking activity, mainly in the loan portfolio,” the bank explained, pointing to a reduction of the provisions put in place because of Covid.

In 2021, BBVA added a “record” 8.7 million new customers, largely due to the growth of its online activities. It now has 81.7 million customers worldwide.

The group’s net interest margins also rose 6.1 percent year-on-year to €14.7 billion, said the bank, which is undergoing a cost-cutting drive.

So far, it has axed 2,935 jobs and closed down 480 branches as the banking sector undergoes increasing digitalisation and fewer and fewer transactions are carried out over the counter.

At the end of 2020, BBVA sold its US unit to PNC Financial Services for nearly 10 billion euros and decided to reinvest some of the funds in the Turkish market.

In November, it launched a bid to take full control of its Turkish lending subsidiary Garanti, offering €2.25 billion ($2.6 billion) to buy the 50.15 percent stake it does not yet own.

The deal should be finalised in the first quarter of 2022.