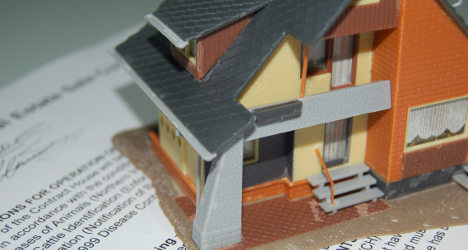 Spanish property purchases by non-resident foreigners were up 28.4 percent last year against 2012, the Financial Red blog of newspaper 20 Minutos reported on Wednesday.

A total of 38,312 properties were bought by non-residents last year, the paper said, citing figures from the General Council of Spanish Notaries.

This means that foreigners bought nearly as many property in Spain last year as Spanish people did in 2007, or before the crisis hit.

The newspaper said now was obviously a great moment for people with cash to invest in Spanish property and non-residents were taking advantage.

Foreigners were looking at an average property price of €320,000 in Spain in 2008, reported the blog. At the time, many Spanish people would have been prepared to pay that much.

Meanwhile, the demand from Spaniards for properties has declined sharply.

Non-residents in Spain have access to better lines of credit than locals and can obtain credit from their home countries without relying on Spain's unstable banking system, 20 Minutos reported.

Last year, non-residents were snapping up deals in Catalonia, the region of Valencia, and Madrid.

By contrast, Andalusia and Murcia saw lower sales in 2012.

Taxes including value-added tax, registration, and taxes on property assets need to be paid in Spain, but non-residents get an exemption for tax on their income (IRPF).

In November last year, the Spanish government announced it was mulling over plans to offer residency to any foreigner willing to fork out at least €160,000 for a house or apartment in Spain.

Speaking before business leaders about plans to help flog off some of the 700,000 plus vacant homes in Spain, Spain’s trade secretary Jaime García-Legaz pinpointed the burgeoning interest from Russian and Chinese buyers in Spain’s second home market.

He said the government would spend the next few weeks studying changes to immigration rules which could see residency granted to non-EU citizens who are able to stump up the requisite amount of cash.

However, 20 Minutos noted that the government was yet to tackle the issue of possible money laundering associated with the sale of properties to non-residents.