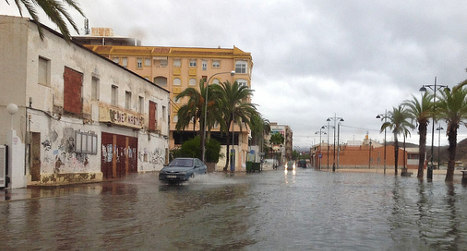 Most of the people — 180 — affected are from the district of Mogón while 40 people in Villafranca de Córdoba have also had to leave their homes.

Other families living in rural areas near the city Jerez de la Frontera have also been moved to safer ground, reported the news agency EFE on Tuesday morning.

The evacuations began last night around 6pm, according to Andalusian authorities. The waterways of the Guadalquivir and Aguacebas rivers are presenting most of the problems, said the regional government.

Most of the people who were evacuated spent the night in a shelter in the town of Villacarrillo.

The government of the autonomous region has now activated a Level 2 alert and have called in the Military Emergency Unit for assistance.

In Seville province, an emergency plan has been put in place in Écija with several streets in the lower town now impassable.

In Palma del Río, the river Genil has flooded farming areas and the CH-32 road is cut.

People should call 112, the emergency number, if they find themselves in difficulties.

State your exact location to your operator. If you are travelling, this means giving the number of the road you are on and the kilometre marker number as well.

A full list of the roads closed by the floods can be found at the bottom of this page.

Weather conditions are expected to improve across Andalusia today but Cadiz remains on yellow alert as strong winds are expected.