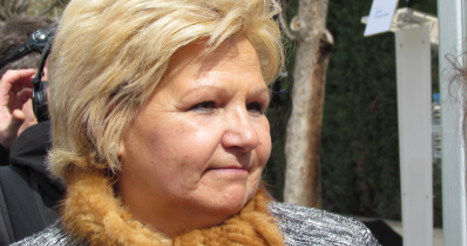 The ceremony was held to remember the 191 people who were killed in a coordinated attack on Madrid's commuter trains on the morning of March 11th 2004.

A further 1,800 people were injured in the devastating attacks in which four trains were targeted.

In a moving ceremony, the Community of Madrid honoured the victims of the al-Qaeda style terrorist attack.

The president of the the victims' association (AVT) Ángeles Pedraza presided over a minute's silence and then addressed the several-hundred strong crowd of mourners.

"We've been asked to forget, forgive, turn over a new leaf or simply shut up — all because the judicial sentence has already been passed", said Pedraza, who lost her daughter in the attack.

"The Madrid bombings are not a closed case, there are too many unknown facts about the deadliest terrorist attack in Spanish history".

"We still don't know to this day why all those people died", musician Fernando Núñez told The Local. " I've come to each memorial service for the last nine years and played several songs on my bagpipes in honour of those who lost their life pointlessly".

"A close friend's son was injured in the bombing and he's still recovering nine years after", pensioner Mari Carmen told The Local.

"I'll never forget hearing the blast from my kitchen, it was so close! It made me realize that it could have happened to my family."