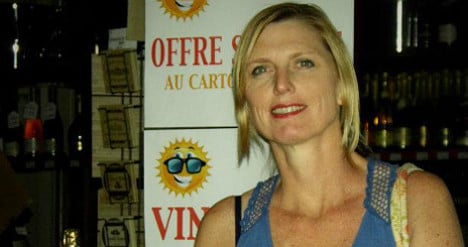 Where are you from originally?

I'm from Auckland, which is New Zealand's biggest city.

So how did you end up living in Spain?

I used to work in the hotel industry and I actually came over to Spain to help set up a hotel just before the Barcelona Olympics — in October 1991. Then my first child arrived, and then two more, and I ended up heading up a mother and toddler group. I also worked for a small English-language kindergarten for a while.

I wanted to make sure that my children got enough English, and the groups I was involved in were a great way to establish a community as well.

I knew this was important because I grew up in an expat community as well — in Zimbabwe.

What did you do next?

I was in relocation for ten years and for the last three years I've been working for a gold buying company run by a Kiwi (New Zealander). I do data processing there and I love the people I work with. They are a very mixed bunch. We have plenty of Spanish people, of course, but there are also people from Serbia and Macedonia, for example.

Tell me about your involvement with the Hash House Harriers. What that's about?

It's very relaxed — not racing — and we cater for all levels of running. Basically it's a great way to get out and see parts of a city or green areas you might not see otherwise.

The running we do is also a bit like orienteering as well. We put out markers so that people can follow certain routes, and we have checkpoints to make sure everyone's going the right way.

Can anyone join in?

Yep. It´s a great social group. And the Barcelona crowd is child-friendly at the moment as well. We will often take it in turns to look after the kids during the running activities. We also tend to tone down the drinking songs when the kids are around!

Also, if you're travelling around the world, you can hook up with the local Hash House Harriers Group wherever you are.

I've been involved with the Barcelona group for 16 years and I love it.

Where would you take a friend who was visiting you for the weekend?

Well, you have to go and see (Antoni Gaudi's) Sagrada Familia of course. And I would try and get there earlier in the day, not just to beat the crowds, but because the light is so special. And you have to see the other Gaudi houses too, like the Casa Batlló and the Casa Calvert. Architecturally, Barcelona is just amazing.

And where would you go to eat and drink?

Citrus, definitely: excellent food and you have a great view of the Passeig de Gràcia outside. Then there's Mas Bacus where they have fantastic wine tasting nights, which are in English. I love my wine!

Can you recommend any day trips from the city?

People should go to Sitges, which is Spain's gay capital, and a superb beach resort. For the best beaches, you need to go beyond Blanes (about an hour's drive north of Barcelona). That´s a beautiful stretch of coast with lots of little coves.

So what do you like most about living in Barcelona?

I love the beach and the sea. I love Madrid as well, but I know if I lived there I would just miss the sea too much.

And what do you find most frustrating about your life in Spain?

I probably shouldn't say this, but the Catalan attitude can be difficult sometimes. Some people have a chip on their shoulder here. To be honest, the longer I've been here, the less sympathy I have for this. It can be a very narrow-minded attitude when the world is getting smaller all the time.

A lot of people who come to Barcelona don´t know that kids will be going to a school where they are expected to teach Catalan. The region keep this very quiet to attract people here, but a lot of people who arrive with children end up moving on for that reason.

But I do love it here.