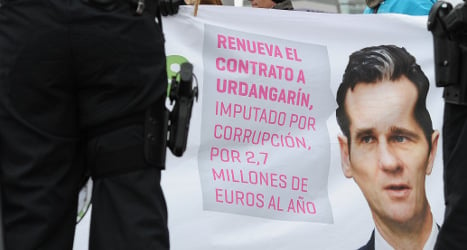 Forty percent of all Spanish people said corruption and fraud were the number one problem in the country in the latest monthly CIS poll from February. In January, that figure was much lower at 17 percent.

The latest CIS numbers mean corruption has now knocked Spain's economic problems out of second spot in the worry rankings.

Corruption remains, however, a distant second to unemployment, among the list of worries keeping Spanish people up at night.

A whopping 79.9 percent of people in the country see joblessness at the most serious problem facing the nation.

Some 35.4 percent of Spaniards said the stagnant state of the economy was the country's most pressing concern in the CIS poll from February.

CIS spoke to a representative sample of just under 2,500 people around Spain to get their results.