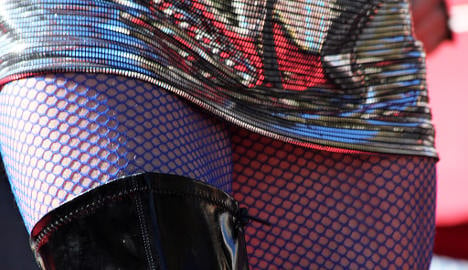 The women were fined €50 for resting without permission and between €150 and €200 for leaving the brothels without authorization. Photo:Quinn Dombrowski

The "macro brothels" were located in Seville, Cádiz, Córdoba and Huelva in the south-western region of Andalucía and each one generated yearly earnings for the group of €1.25 million ($1.63 million), police said in a statement.

Police detained 36 people, mostly Spanish nationals, across the country and seized nine high-end vehicles, several jewels and luxury watches, a revolver and €250,000 in cash as part of the operation.

Spanish authorities have also frozen assets belonging to the suspects, including 57 homes, 56 cars and a boat, worth over €14 million.

"The brothels, with a capacity to exploit around 400 women, had cash machines and their own electronic payment systems linked to companies that belonged to group's networks of firms," the statement said.

The women who worked at the brothels had to turn over part of their earnings to the ring.

They were fined €50 for resting without permission and between €150 and €200 for leaving the brothels without authorization.