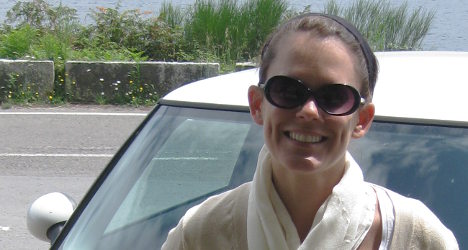 There are many great blogs about Spain out there but this week at The Local we're putting the spotlight on six of the very best. Enjoy!

Writing under the nom de plume Hamatha, Madrid-based Nicole Jewell brilliantly depicts  the comic side of life in Spain, giving us the low-down on grumpy grandmothers and strange saints days and all points in between.

"I started writing Pass the Ham in the summer of 2011, about five years after I moved to Madrid," Nicole tells The Local.

"When I began my new expat life in Madrid, I wrote a personal journal. At the time, I had no interest in starting a blog. However, a few years later, when I went back and read those stories, I realized that some of them were pretty funny and I wanted to share them online so I started Pass the Ham."

We're very grateful that she did. Nicole's blog is a must-read mix of "personal expat stories as well as a few tips on living the Madrileño life to the fullest".

The food blog Lobstersquad must be a contender for the most beautiful-looking blog in Spain, sprinkled as it is with author Ximena Maier's delightful illustrations.
These pictures accompany crisply written posts on seasonal recipes as well her general reflections on food.
"When I set my blog up back in the dark ages, in 2006, it seemed like fun, a little hobby that would let me write my vapid thoughts on food and share my illustrations. There were no blogs in English about Spanish food, and not that many food blogs, really. And so I did," says Ximena.
"That’s still the spirit of Lobstersquad. I’m an illustrator and I love to cook and when I have time I write about the food I cook. I favour the old style recipe writing, which assumes that people know their way about a kitchen, and don’t need to be told the weight of a pinch of salt. Not that it matters because it’s all simple home cooking."

Ximena says her most popular recipe is the one for spinach and chickpeas, which you can find here.

Ximena Maier in a photo taken by her three-year-old daughter.
TOP BLOGS: Have we missed one of your favourite Spain blogs? Let us know by clicking here.
Moving2Madrid

As the name suggests Moving2Madrid is all about setting up in the nation's capital, but it's useful for anyone looking to make their way through the bureaucratic minefield that is life in Spain .

In his ultra-useful blog, relocation agent Pierre-Alban Waters informs readers how to do things like apply for a national insurance number, open a bank account and hook up to international television in Madrid. There are cultural tips as well, and ideas on weekend jaunts in close range of the capital.

"I believe in helping international people follow their dreams in Madrid,"  Pierrre tells The Local.

"How do I help? By sharing everything I know (hence the blog), challenging the local status quo (hence the property search services I created) and by measuring results in terms of happiness."
Pierre's business is helping people find properties in Spain. He also runs a very successful group for international entrepreneurs in Madrid with free services and events. Details are on his website.

Moving2Madrid author Pierre-Alban Waters
The Last Arena
Whether you are pro-bullfighting or find the very idea of public execution of animals despicable, Alexander Fiske-Harrison's professional blog is a fascinating account of this pillar of Spanish culture.
The Last Arena grew out of an article on bullfighting Fiske-Harrison wrote for Prospect magazine back in October 2007. Since then, this stage actor and professional writer has seen over 1,000 bullfights and has even played the role of matador himself, in front of members of Spain's bullfighting nobility.
In 2011, Fiske-Harrison's blog became a book, Into the Arena, which could well be the best book ever written about bullfighting.
We asked Alexander what it was exactly about the art of the bulls that keep him coming back:
"The aficionados speak of the 'little worm'', the gusanillo of afición — a word which derives from the same Latin root as affection and means devotee  — which enters into your heart from the world of the bulls.
"It took me many years to understand this. My initial interest was cursory: I was a tourist in Spain, my parents took me as they had been taken decades before. None of us knew what we were watching. I found it odd, and thrilling, but little more.
"I don't think it was until I saw José Tomás in Jerez de la Frontera on May 16th 2009, that I really became bewitched. I, like anyone who has ever ordered steak or purchased a burger on a whim, have never really cared about the death of cattle, but to see in person it is a much more affecting thing. It takes incredible artistry to overcome that, and great matadors have that.
"For the modern sensibility, they are working against the blood, not with it. It is such a hard thing to express, but the corrida (or bullfight) is essentially life-affirming. And never more so than when you are in the ring yourself". Alexander Fiske-Harrison in the ring.

This blog, which focuses on travel around Spain, is written by a Norwegian long-term resident of Spain. The author is based in Las Palmas and the blog has a definite Canarian slant, but has lots of pictures and tidbits of advice from around the country – particularly Barcelona and Malaga, where she has lived in the past.

The blog also has lots of great cultural observations, such as a recent post detailing how German tourists' insistence on baring all in the spa earns the disapproval of the locals (and the mild discomfort of at least one visiting Scandinavian).

A previous resident of Barcelona, she also has some interesting thoughts on learning Spanish in this bilingual Catalan-Spanish city, as well as observations about attitudes to independence in the various Spanish regions.

Not So Spanish
Canadian mother of two Rea uses Not So Spanish to describe her life in Tarifa and, before that, Algeciras, a place which she describes on her blog as "the arse-hole of Europe, geographically speaking".
Rea's wry posts are liberally sprinkled with photos of herself and her two children engaged in activities including guerilla gardening and flame-sanitizing squid.
Her witty photo essays, meanwhile, look at everything from the running of the bulls in Pamplona to local religious festivals. Her Christmas trees last year were pure genius.
This is a mum blog with a difference and some serious attitude to boot.