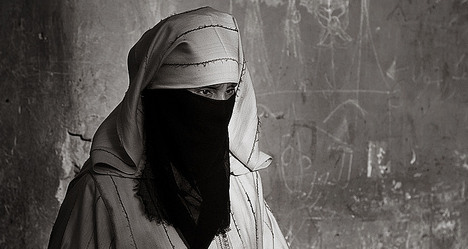 A number of towns in Catalonia have banned burqas in recent years. Photo: Flickr/Vincent_AF

The Supreme Court of Spain announced on Thursday that a ban on the wearing of burqas in the Catalonian town of Lleida (Lérida) was illegal.

The decision of February 14th — the court's first ever on the burqa — means the municipal ban that had prevented women in Lleida from wearing burqas since October 2010 is now null and void.

Importantly, other town halls in Spain who had been mulling over a similar prohibition will have to rethink.

In a statement, the country's highest court said that the ban "limits the exercise of religious freedom by wearers of the full veil".

The court headed up by Vicente Conde also stated that the town hall of Lleida didn't have the necessary power to curtail those freedoms.

In its ruling, the judicial body also said that the town council in the mid-sized Catalan town had contravened the European Convention on Human Rights, originally signed back in 1950.

The key judicial body was also very keen to reject the idea that banning the veil was desirable in terms of avoiding "disturbances to public peace", a concept previously put forward by Catalonia's highest court.

The mayor of Lleida, Àngel Ros, reacted by telling El Mundo: "For me, equality between men and women and a woman's dignity are more important than religious freedom."

The now-defunct burqa regime in Lleida banned from public spaces those people wearing full veils, balaclavas, full helmets and all other items of clothing that made identification of people more difficult, reported El Pais.

Anyone who refused to identify themselves to transport police while wearing these items could be slapped with a €600 fine said the paper.

Burqas are banned in France and Belgium while Italy and the Netherlands have also studied the idea in recent years.