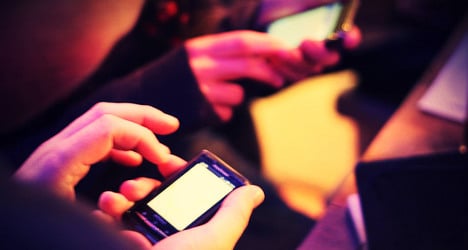 In what is a direct challenge to the duopoly of Apple's iOS and Google's Android, Mozilla showed off the first commercial version of the Firefox OS in the lead-up to the key Barcelona tech fair.

Mozilla, which campaigns for open development of the online world, plans to launch smartphones equipped with Firefox OS that look familiar to those on other systems, with an array of apps, or application programmes, to be made available in an online store, and a mapping programme developed by Nokia.

"With the support of our vibrant community and dedicated partners, our goal is to level the playing field and usher in an explosion of content and services that will meet the diverse needs of the next two billion people online," said Mozilla chief executive Gary Kovacs.

Mozilla, which aims to take third place behind Android and iOS, said it had already lured 17 operators including Telefonica, Sprint and Deutsche Telecom.

The foundation said it was working a variety of handset manufacturers with China's Huawei to follow later in the year.

All the smartphones would be run with Qualcomm Snapdragon application processors, which use an architecture licensed by Cambridge, England-based ARM.

They will be available from the northern hemisphere summer, with the first devices arriving in Brazil, Colombia, Hungary, Mexico, Montenegro, Poland, Serbia, Spain and Venezuela. Other markets are to be announced soon, Mozilla said.

The Mobile World Congress runs from Monday 25th February to Thursday 28th February and information on prices can be found on the congress website.